I'd like to thank Mona for having me on her blog today in support of my bog tour for my latest release, "The Count's Lair."

Just a little about me: I was born in Manchester, New Hampshire. After graduating from Central High, I joined the US Army. I spent 11 years in the military, 7 in Germany. While in the military, I earned a BS in Political Science from California Baptist University in Riverside, CA in 1995. I left the Army in 1997 and settled in California, but my favorite football team is still the New England Patriots. I work for LAPD as a 911 dispatcher. I've been married for 19 years. I have two boys, Andrew, 8, and Joseph, 4.

Hungarian Cuisine is definitely unique so I thought I'd share a little of my impression as well as some of the food you will find in my latest novel, "The Count's Lair."

When I was stationed in Hungary back in 1997, I remember that breakfast offered a wide variety of foods. My favorite was the fresh bread, brought in to our chow hall from the local bakery. Fresh cold cuts such as bacon, salami, and sausages were also offered. Fresh cheese and vegetables were available as well. There was a nice mix of Hungarian and American breakfast foods which made sampling the Hungarian cuisine easy.

Hungarians after the Soviets left in the early 1990's. Most of the buildings were rundown and probably sub-standard. (Heck, I often had a frog visit me when I took my shower!)

The chow hall was in one of these old run down buildings. I usually ate my breakfast and lunch there, but in the evenings, I liked to go out with friends.

While lunch is considered the main meal in Hungary, for us living in Taszur, dinner was still our main meal. There was a place about ½ mile from the gate, also Hungarian styled bistro in the old headquarters we used to go for dinner. I remember going to downtown Taszur to a restaurant that overlooked the main street for dinner.

Most of my dinner meals consisted 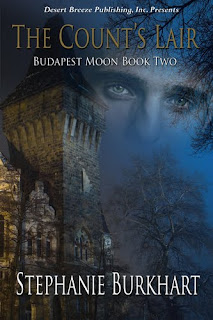 of meats, potatoes, and peppers. I enjoyed a good goulash, which is similar to a beef stew. It was a thick stew with paprika, carrots, onions, peppers, and beef.

Whenever I got a piece of meat, I remember most of the time, there was a lot of grizzle which I had to cut away.

Hungarians use a lot of spices. I especially liked the paprika in their cooking. They enjoy salami and sausages. A food that's very versatile and can be served any time of the day is a pogácsa, a Hungarian scone. (biscuit) I've got a great pogácsas recipe. You can make them with poppy seeds – and paprika of course!

A distinctive Hungarian drink is a dessert wine called Tokaji. It's a fruity, sweet dessert wine and very enjoyable. Hungary's climate is perfect for wine.

On our base, they had a small canteen which served the best cappuccino I ever had. Nothing compared to it. If I could fit time in my day to go to the canteen for my cappuccino, I did.

Here's a short blurb and my pogácsa recipe. Enjoy!
Count Anton Varga is haunted by the curse of the moon. It tugs on his emotions, ravishing his soul. Anton abhors the beast he must learn to tame if he is to find peace.   Lady Amelia Andrássy is an accomplished pianist, but her life in Budapest had been filled with heartache. When Amelia faints in the Duma's bookstore, it's Anton's strong arms that cradle her fall. His unusual indigo eyes spark with hers, replacing their individual loneliness with the promise of feral passion.   After a two month separation, Anton is ready to walk into Amelia's life again, but is Amelia ready to fan the spark they shared into a flame?

Description:
Pogácsas are Hungarian Scones. They come in different varieties, the most popular cheese, paprika, and poppyseed.

Preparation
1. Mix together the dry ingredients and shortening.
2. 2. Rub in the flour with your fingertips until it is course.
3. Beat the egg until it froths, add milk and beat. Pour into the flour until a soft dough is made.
4. Add cheese or poppy seeds to taste
5. Roll the dough into 2 inch balls. Flatten just a little with your hand or spatula.
6. Place scones 1 inch apart on a greased baking sheet.
7. Bake on middle rack at 400 for 13-15 minutes until light brown.
Serve immediately.

Presentation Suggestions:
With tea for a Hungarian styled breakfast.

The Count's Lair is avail as ebook for Kindle, B&N Nook, Sony Ereader, and Kobo. You can also download a copy from the Publisher's Website at:

You can find me on the web at:

Good Time: Leave me a comment and I'll be back tomorrow to give away a PDF copy of The Count's Lair. 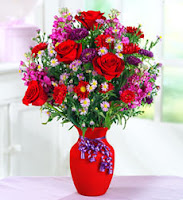 Happy Valentine to my friends.
I have been trying to post for almost two weeks, but couldn't get myself to write a single line on this blog. Nothing I felt passionate enough to talk about.
So how did I spent my two weeks? I was sick for four days during the first week and four days during the second. I'm still not feeling good. But I tried to use my time in a productive way and edited two manuscripts. I hope to be ready to submit them soon.
I also started a new story and wrote one chapter. Yesterday I was so sick I couldn't sit at my computer, I read a book. It was a wonderful HQ medical romance by Lynne Marshall called the Christmas Baby Bump. I read it in one sitting. Great pace, amazing voice full of emotion with characters that leap out of the pages.
Today we had a booksigning but I was too tired to dare and drive for an hour to the Boca Library. My husband volunteered to take me and waited for me. How about that for a Valentine gift? Isn't that better than flowers or a box of chocolate?
The booksigning was organized by Rose Lawson for the Florida Romance Writers (FRW). 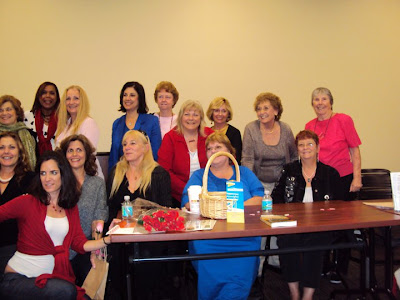 In the picture from left back row: Mona, Marcia King-Gamble, Traci Hall, Nancy Cohen, Cynthia Thomason, Carol Stephenson, Patrice Wilton, Pearl Wolfe, Jan Wasburn,.
Front: Kathy Pickering, Kristin Wallace, Rose Lawson, Heather Graham, Mary Ricksen, Sue Peek. (Picture from Carol Stephenson)
I read that beautiful thought two days ago:
Remember the past with gratitude
Face the present with enthusiasm
Dream of the future with faith
So what do you do when you are sick or tired or simply can't get yourself to do a thing? 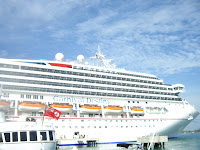 If you like to travel and love to read, come and enjoy my international romances. I will take you around the world through stories that simmer with emotion and sizzle with heat.