Tomorrow is Father’s Day.
Today would have been my father’s birthday. If he was still around. But he's been gone many years ago.


On this particular weekend, I remember him fondly. 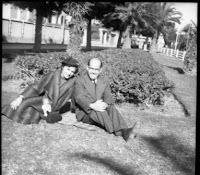 He was a quiet, kind, intellectual man, always busy at his desk, writing. When I was small I could never understand why he wrote so much, and when I asked, he’d say he was correcting his students’ assays. I thought his students had too much homework. Or sometimes he composed books, not fun books I could read but very serious, boring for me, literary critiques of famous dead authors. At other times, he’d be looking in the air, thinking and then scribbling, erasing, and re--writing. And I knew it was a poem for my mother. Dad wrote a whole book of poems about my mother’s beautiful eyes, telling her she was his princess and he was her knight.


When I told him, I, too, wanted a poem, he read those he’d written especially for me. At six, I was so proud to show my whole class two of my very own poems. Except my friends didn’t understand the words. I didn’t either, but I loved their sound. Almost like music.
As I grew up, I admired him so much and wanted to write like him, but he insisted I should go into a scientific career. After my early retirement as a chemist, I gave in to my love of writing romance. I inherited from Dad his love of books, his writing talent, and his ability to read fast. 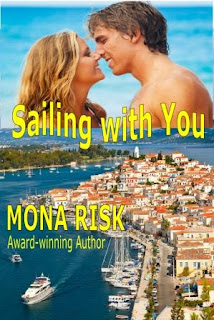 If you like to travel and love to read, come and enjoy my international romances. I will take you around the world through stories that simmer with emotion and sizzle with passion.
Posted by Mona Risk at 9:42 AM 10 comments:

Welcome to the Booklover’s Buffet. The Buffet will open to the public on June 8, 2012 and close on June 22, 2012.
We’re excited to offer you more than 150 romance novels, each for the special Buffet price of 99 cents. We offer all romance genres: Contemporary, Mystery, Suspense, Paranormal, Romance, Inspirational, Erotica.

I am entering three of my books:

Also, we have wonderful contests and prizes offered by our participating authors.

To enter, go to
http://www.facebook.com/IndieRomanceInkAuthors
and click on the Contest button.
Posted by Mona Risk at 10:46 AM No comments: